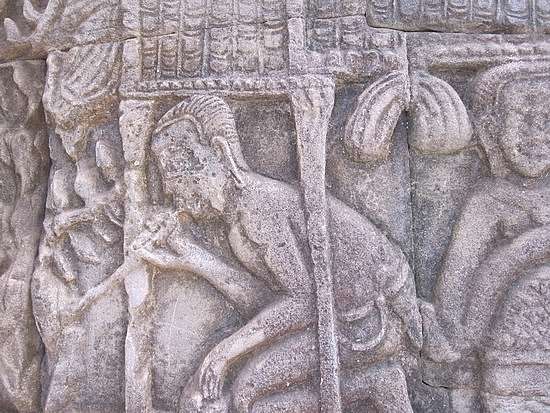 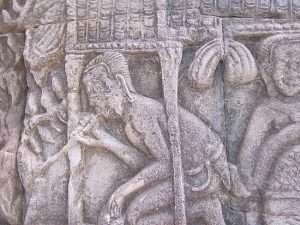 Evidence clearly illustrates that humans using cannabis is nothing new. Unfortunately, neither is reefer madness as this fascinating exploration into cannabis history shows.

The origins of hashish use in ancient Persia are lost in colorful legends, the most prominent crediting Haydar, the founder of a religious order known as the Sufis, with discovering its magical properties. An acetic monk, Haydar lived in seclusion and poverty in a Persian mountaintop monastery, seeing nobody but his followers. The story tells of the monk falling into a depression and, going against his custom, wandering outside the monastery walls to spend time in the nearby fields. Upon his return his concerned disciples noticed their leader was remarkably happier and more social.

When questioned about what prompted his unusual transformation, Haydar told his followers about the plants he had seen in the neighboring fields during his excursion outside the monastery walls. All of them had been standing motionless in the scorching midday sun, except one. This one extraordinary plant seemed to be dancing in the sun’s warmth. Curious, Haydar ate a few leaves and found himself feeling euphoric.

Modern science tells us Haydar would not have gotten high from eating fresh raw cannabis leaves, nonetheless, he shared his newfound knowledge of the cannabis plant with his disciples under the condition they not share it outside of the Sufi sect.  The legend’s timeline is also off, as we know the Arabs were already acquainted with cannabis before Haydar allegedly “discovered” hashish, but his membership in the Sufi is what’s most significant to our story.

What we do know is that the Sufis were the hippies or counter culturists of their time and their nonconformist nature made them pariahs in conservative Arab society. The very term “hashish user” became an insulting epithet the upper classes used to degrade those they considered the social misfits of their society.

To begin with, the Sufis believed that hashish stimulated consciousness and gave them a path to spiritual enlightenment. This mystical approach to religion, which taught that communion with God must be experienced directly, was in conflict with orthodox Islam. The fact that most Sufis came from middle or lower class backgrounds further alienated them from the upper class that ruled society, government, and religion.

Their name’s origin is derived from the word for wool, suf, and refers to the acetic Sufi custom of dressing in rough undyed wool garments as a symbol of penitence. Religious leaders of the time propagated the myth that the wool garments were in imitation of Jesus, instead of the cotton clothing of the time that imitated the garments worn by Mohammed.

While a surplus of medical history from this period is lacking, we do know cannabis was both widely used medicinally and also widely vilified there too. A record from the 10th century AD of Arab physician Ibn Wahshiyah claiming the “odor of hashish was lethal” – is perhaps the first historically documented case of reefer madness.

Whether Wahshiyah was ill informed or politically motivated, we’ll never know. He wasn’t the only one. Other early critics incorrectly claimed that hashish was highly addictive and that its use drove men to insanity.

The Sufis’ general lack of interest in money and material possessions gave rise to the theory that their hashish use was to blame. Then and there, in 10th Century AD, millennia before Cheech or Chong, the stereotype of the typical slacker stoner was born.

The War on Weed: The (VERY) Early Years

The Sufis’ reputation followed them to Egypt where in 1253 AD the governor of Cairo ordered out the troops and all the cannabis plants growing in the area were chopped, gathered, and hurled onto a massive pyre. Then as now, prohibition didn’t work and this act only lead to enterprising farmers cultivating fields of cannabis on the outskirts of town.

At first this was tolerated as these farmers paid a tax on their earnings, but in A.D. 1324, the new governor again called on troops to eradicate the cannabis crops. The army foraged into the countryside on search-and-destroy missions for a month. Cultivation resumed shortly thereafter, there was simply too much money to be made. Corruption, bribery and hypocrisy became regular business practices, and it continues in today’s world of prohibition.

In fact the early Arabs and Egyptians had much in common with their modern contemporaries like Harry Ansliger and Richard Nixon, believing they could rid themselves of a defiant, uncontrollable, and nonconformist segment of society by eliminating the herb they revered. But it was futile.

As the world grew and societies moved, cannabis use spread to Africa and Europe. By the Middle Ages cannabis was a staple of the herbal pharmacopeia. William Turner, considered the first English botanist, wrote of its merits there in 1538, beginning a long line of British scholars, herbalists, and doctors to research and praise the plant. 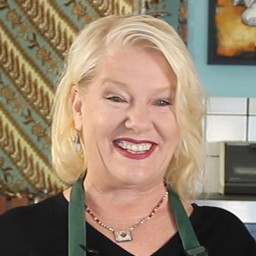