Scoring Weed in Vancouver: The Days of Weed and Roses 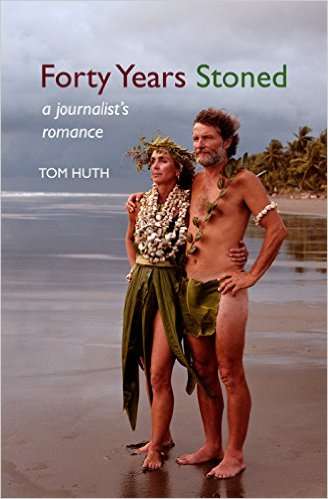 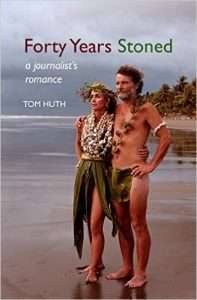 When I fly up to Vancouver for a spiritual workshop, I leave my favorite medication behind in California, to avoid getting busted at customs. So when I leave the airport I set out to find some of that storied British Columbia bud.

I take a train downtown and walk along Hastings Street to the New Amsterdam Café. I saw this place online, and sure enough it’s filled with young people drinking lattes and smoothies, eating grilled-cheese sandwiches (you can order The Cheech or The Chong), and blazing so much reefer they’ve got smoke shooting out of their ears.

I ask a man behind the counter: “If dope is against the law, why does the city allow this place to exist?”

The clerk says the café is determined to be a good neighbor. On weekdays, only vaping is allowed on the premises–“so smoke doesn’t drift up to the offices above us.” After 5 p.m. and on weekends, customers can light up.

It is plain, however, that I won’t be able to fulfill my own mission. Prominent signs on the walls proclaim:

I wander next door to the storefront Marijuana Party: Cannabis Culture Headquarters. Here I can buy marijuana magazines and cookbooks and board games and self-testing kits. I can buy a shoulder bag for carrying a water pipe the size of a didgeridoo. But still no marijuana.

According to Yelp, there used to be some bikers living upstairs who would sell you a bag. Now the second floor is a marijuana museum that’s closed for the day. The third floor is another quasi-legal smoking den with bongs for rent, clusters of beat-up couches, a pool table, a pinball machine, a couple of cats, portraits on the walls of Haile Selassie, Bob Marley and Marcus Garvey, and a huge monitor streaming live video from the house’s own channel, pot.tv.

Yet no pot itself. On the walls are the same don’t-ask-we-won’t-tell signs.

The two hipsters behind the counter are sucking on each their own joints. It’s like you aren’t just allowed to smoke in here—-you have to. I wonder how I can pose the forbidden question. I venture to the older one, “Can I at least ask you where I can ask that question?”

“Not here,” he reminds me. “But you’re in the right neighborhood.”

Fair enough. I go out and loiter on the sidewalk. Then I spot three teen-agers toking in a park across the street. I saunter up to them. I’ve come to realize that my advanced age (74) gives me a cachet among young stoners.

I ask, “So where can an old doper from the States score a little weed around here?”

One kid points down a busy street. “See that ATM?” he says. “Stand there, and a guy with a hat will come by.”

The ATM is in front of a youth hostel. I plant myself in front of it. Soon a paunchy guy in a ballcap passes by and motions with one hand. “This way,” he whispers.

I follow him into an alley. He asks me: Would I like an eighth-ounce for $40? A quarter-ounce? He pulls a bag out of his coat pocket. Next to us, two men are unloading boxes from a truck. My new friend nods to them as if to acknowledge that we’re doing business on their turf.

How much do I want to buy? Over the weekend I won’t smoke even an eighth of an ounce. But I’ll be coming to Vancouver for three more weekends of spiritual blossoming over the coming months. So I buy a quarter-ounce, with a game plan in mind. Next Monday morning, before I head to the airport to fly home, I will locate some place in this busy city to bury my stash where it won’t be disturbed by gardeners or dogs or rodents or drenching winter storms.

You might wonder: Why would I want to be stoned at a contemplative workshop? Isn’t there a raging disconnect between a drug-fueled high and an authentic spiritual high?

Look at it this way. All of us–in this workshop, in this world–are searching for some confirmation that we’re getting nearer to living in harmony with our deepest drumbeats. What can we trust but our own truest instincts? For years I have made countless sacrifices in order to care for a disabled wife, and I am just now rejoining the human circus. I have no inclination to be discriminating about where I find enlightenment. As a friend in Colorado says, “I want everything all the time starting now.” I want to seek the guidance of sages and poets, and in the short run I want to repeatedly brighten the inner walls of my skull by whatever nontoxic means I have at my disposal.

My rationale for holding onto this habit is that it has worked for me since dinosaurs roamed the earth. My stoned self is who I want to be: my best self. So the only question left as we wrap up a glowing weekend in Vancouver is: Where am I going to bury my medicine?

On my return visits I’ll be staying in two different bed-and-breakfasts. So I split the remaining herbs into two emptied-out pill bottles.

First, I snoop around the yard of Simone’s B&B, where I’ve just finished my eggs benedict. I find a flowerbed that looks promisingly untended and poke a finger into the dirt. All soft and leafy. I bury the Vitamin B-12 bottle several inches under. Then I stand back and stare at the location to fix it in my memory, because sometimes I forget things.

I hide the other bottle in the fancier Shaughnessy neighborhood, in a lightly trafficked alley near the other B&B, up against a fence. I mark the spot with a scrap of orange plastic from some kid’s trashed Halloween basket.

Tom Huth is the author of Forty Years Stoned: A Journalist’s Romance, to be published on 4/20 by Heliotrope Books.